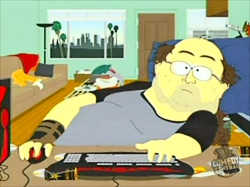 You know how it is. You have a deadline, and the storyline is screaming in your head, and you’ve got that document open, and…and…you just can’t. Not right now. You need something that will rest your mind, that will distract you from that nagging timeline issue that just won’t stay fixed, but that won’t suck you in for hours and hours.

Here are five games that I’ve found will keep my brain working, but will distract it pleasantly from the unruly tangle of what I’m trying to get on the page. As for the “won’t suck you in for hours and hours” part…well, your mileage may vary. I suggest timers, or playing when your phone/tablet battery is very low, or it’ll be 1:00 am and you’ll still be 2000 words behind for the day.

Don’t ask me how I know this.

Little Inferno’s Wikipedia entry states that the game was inspired by a video of a Yule log. And indeed, the purpose of the game is to burn things, which provides you with coins that allow you to buy more things to burn.

Which is surprisingly satisfying on its own — but there is a plot here. As you make your way through seven catalogs of combustibles, you receive notes from three sources: Miss Nancy, owner of the Tomorrow Corporation; the Weather Man; and Sugar Plumps, your chipper and garrulous neighbor.

It’s all quirky and amusing and light-hearted, until Sugar Plumps starts having an existential crisis. And then things get weird, because if you’ve been paying attention to Miss Nancy and the Weather Man, you realize it’s about time for your existential crisis as well.

I’ve got some thoughts about what the whole endgame is meant to mean, but I think it’s best left to the player’s interpretation.

In Another Case Solved, you play a private detective living in a city under a government-imposed sugar ban. The whole storyline starts innocently enough, with your detective character finding a lost cat for a little girl; but things quickly become more complicated, as you discover political infighting, mob involvement, and a burglar with a heart of gold.

The puzzles are not difficult, but the pleasure here is less the puzzles themselves than the storyline. You’re guided through growing relationships and shattered friendships, and soon there’s far more at stake than lost kitty-cats. Making your way through the story can be frustratingly slow — you need to solve smaller, less interesting cases in order to “earn” your way to the larger pieces — but the conclusion is pretty satisfying.

Bottom line: An engaging storyline and increasing difficulty as you play makes up for the occasional slowness.

Weird Park: Broken Tune feeds both my love of hidden object puzzles, and my affection for spooky amusement park stories. It begins with a cut-scene backstory involving a spate of deaths at an amusement park. And then a reporter goes missing, and you’re tasked with finding out what happened to him.

The abandoned amusement park is appropriately creepy, and gameplay includes a decent mix of hidden object scenes and not-too-difficult logic puzzles that eventually lead you to the fate of your missing reporter. But then things get really interesting: you get dropped into a nightmarish Clive-Barker-meets-Dr.-Seuss alternate reality, where you must stop the ghost of a dead clown.

Bottom line: A cut above the usual slap-some-graphics-on-a-weak-story adventure games.

Monument Valley is M.C. Escher come alive. In it, you guide Ida, and later her friend Totem, though a set of impossible landscapes, twisting and turning unreal surfaces to provide her with a traversable path. Problem-solving requires you to turn off the part of your brain that wants the game environment to mimic the real world, and break it all down into a set of independent geometric shapes.

It’s not an especially long game, but in the few years it’s been out, the developers have added new levels. And the levels are intricate enough that I can replay the game fairly frequently without remembering how I solved the puzzles in the first place.

My love for creepy is well-documented at this point, and no game does creepy quite like The Room.

When the game begins, you are deposited in a dark room with two small windows. On the floor is an intricate box. After a tutorial showing you the UI ropes, you are tasked with opening the box. And inside that box…is another room, with another box.

Throughout all of this, you receive notes from Someone whose mysterious experiments have somehow gone wrong. With the help of an eyepiece that allows you to view a shadow reality, you creep from box to box, closer and closer to the core of these experiments. And you start to wonder if opening all of the boxes will free you, or trap you forever.

Bottom line: Probably the most difficult of my picks, puzzle-wise; but lovely to look at and effectively chilling.

Elizabeth Bonesteel’s first novel, THE COLD BETWEEN, was released on March 8. She would like to tell her editors that this article is entirely theoretical, and she never plays games when she has a deadline, but her mother taught her never to tell a lie.